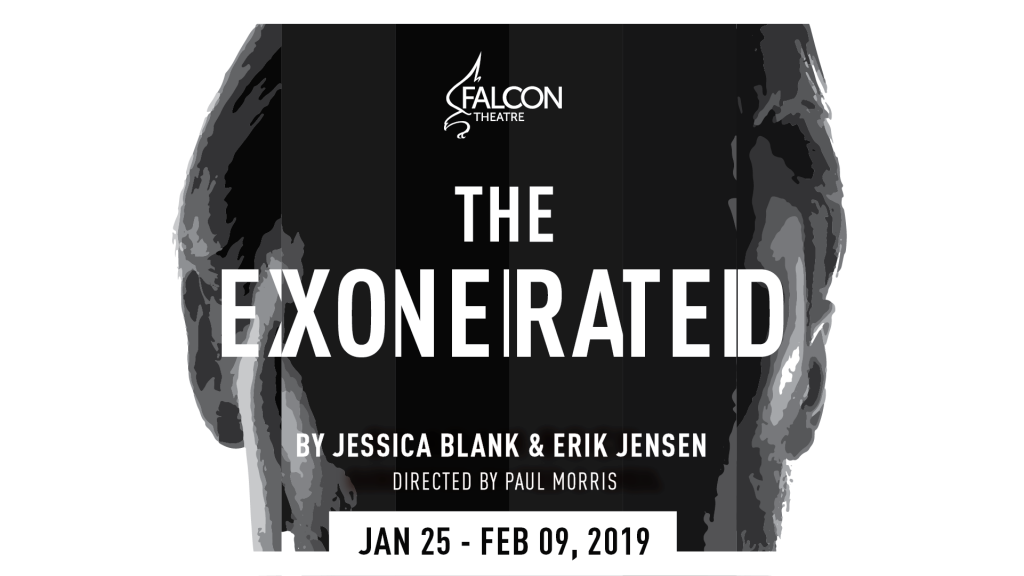 Culled from interviews, letters, transcripts, case files and the public record, THE EXONERATED tells the true stories of six wrongfully convicted survivors of death row in their own words. In this ninety-minute intermissionless play, we meet Kerry, a sensitive Texan brutalized on death row for twenty-two years before being exonerated by DNA evidence; we meet Gary, a Midwestern organic farmer condemned for the murder of his own parents and later exonerated when two motorcycle-gang members confess. We meet Robert, an African-American horse groomer who spent seven years on death row for the murder of a white woman before evidence emerges that the victim was found clutching hair from a Caucasian attacker. We hear from David, a shy man with aspirations to the ministry, bullied into confessing at eighteen to a robbery/murder he had nothing to do with, scarred from a youth spent in prison and struggling to regain his faith; and from Sunny, a bright-spirited hippie who, along with her husband, spent seventeen years in prison for the murder of two police officers while another man confessed and was ignored by the courts. And we meet Delbert, a poet who serves as the play’s center, convicted of a rape/murder in the Deep South of the 1970s and later freed when evidence surfaced showing that he was not even in the town when the crime occurred. Moving between first-person monologues and scenes set in courtrooms and prisons, the six interwoven stories paint a picture of an American criminal justice system gone horribly wrong and of six brave souls who persevered to survive it.

Post show discussions will be held on the following dates:

“The Exonerated is changing minds about putting people to death, and I recommend everyone see it. Falcon Theatre’s production is a powerful, moving, and uplifting mosaic portraying the true stories of six unjustly accused and convicted human beings, demonstrating that even though years have been stolen from these people, they still have hope and faith in humanity.” – Liz Eichler, League of Cincinnati Theatres

“All six of the principles gave strong performances that powerfully presenting their stories. Each actors had moments where they could shine, like in the police interrogations of both Gary (Griffin) and Sunny (Bryll), the shocking confessions of prison life by Robert (Holland) and its toll on family members by Kerry (Phineas Clark), and the aftermath of life in prison by Delbert (Hilton) and David (Troup).” – Alan Jozwiak, League of Cincinnati Theatres

“Excellence at its best! Enjoyed the person who spoke after the play who was wrongly convicted & served 29 yrs in prison.” – Kymberly J. via Facebook

“If you love live theater The Exonerated @ Falcon Theatre is not to miss! Beautiful play, well acted by a tight and talented ensemble, masterfully directed. Thoughtful, moving, provocative presentation of a deep subject – wrongful conviction – that rather than being dark and depressing serves to uplift and encourage conversations.” – Shari L. via Facebook

“Just saw Falcon’s production of The Exonerated. Don’t miss this show! The cast was extraordinary!” – Elizabeth T. via Facebook